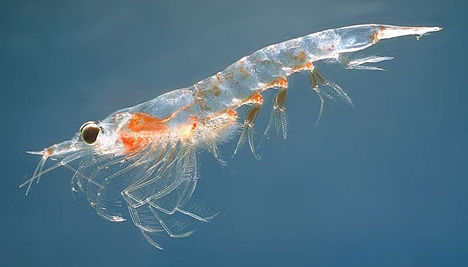 Until the shrimps gain weight of 5g or more, the activity of shrimp in ponds is quite similar in species. Therefore, within the scope of this article, we have generally commented on all shrimp species.

1. Overview of shrimp farming
– As a child, shrimp undergo many changes in behavior and physiology. But when they reach the size of 2 – 5 g / head, they begin to swim and behave like adult shrimp. Most of the observations in Rod’s shrimp ponds are done with juvenile and adult shrimp.

– They stocked in ponds with a density of 20 individuals / m2, but the density in this area is up to 250-400 individuals / m2, while most of the pond bottom is empty. That is one of the important things that you observe in ponds and it seems that this happens in most shrimp species. At the young shrimp stage, they participate in group activities.

– During the day, shrimp focus on the group and swim around the pond bottom to look for food. They move quite fast, especially the bottom species. Leading the lead are the largest shrimp, the end of the flock is the youngest or sometimes not true. The smallest shrimp are far from the shallow water around the pond for food and protection.

– Within the shrimp herd, the food competition is fierce. Obviously, the go ahead will take more food. So, if we spread bad food, these heads will eat out.

2. Shrimp swimming in water-flocked herd
– Shrimp shaped teardrop, the bulge in the front is the largest shrimp, narrower behind the smaller shrimp.

– When the sun is up, the number of shrimps in the herd is quite small, perhaps only 5-6 children. But when they start wandering around the pond for food, they meet other herds and they all come together. This process repeats until it forms a large herd. Rod McNeil did not know how much the big shrimp was, but he saw several thousand of them.

3. When feeding shrimps
– When the food falls within 10 meters of the shrimp, the shrimp immediately feel, they change direction and go to food. If we throw a layer of food right in front of the shrimp, one minute before they arrive, the whole herd will approach, speeding up the food that will be trodden and buried to the bottom before the shrimp eat.

– Shrimp are an opportunistic species, they grasp the top layer and forget what is being shattered into the below. Another interesting thing is that they take a pill and continue to follow the herd. They do not seem to want to miss out on other places to eat and do not want to be left behind. They carry the food, chew a few times and release. Or if you see a bigger paw, the shrimp will release the pawn and gnaw the big paw. So if you look at a food tray or a pile of food (unevenly distributed), you will see a trail of small food particles moving in the direction of the new shrimp. Small shrimp and later shrimps will eat the remnants of large shrimp.

– If the shrimp were relatively small, they would have been buried.

– At night, when the shrimp spread out, the shrimp return on the floor to dig up the buried tablets.

– We will not see the digging activities of white shrimp during the day and almost at night. Other species, such as black tiger shrimp, digging activities are intense throughout the day. The pellets are often broken into small pieces when found by shrimp.

4. The distribution of shrimp at night
– At night, perhaps one hour after sunset, shrimp pop out, shrimp spread all over the pond bottom and began digging to find food. At this time they eat natural food in the pond and do not like the pellets very much. Shrimp will go right past the food, dig a hole and gnaw on something, usually Rod can not know what.

– About two hours before sunrise, shrimp’s eating habits began to change, they switched to eating pellets back.

5. Feed shrimp at night
In general, shrimps use less industrial feed at night. I will not feed more than one-third or one-quarter of total food at night. Feeding from about 22 hours – 4 am the next morning is probably a bad habit. Because shrimps waste too much food, from being stamped on to biting or shredding. The amount of food wasted in the pond is pretty dreadful, at least 1/3 of the food.