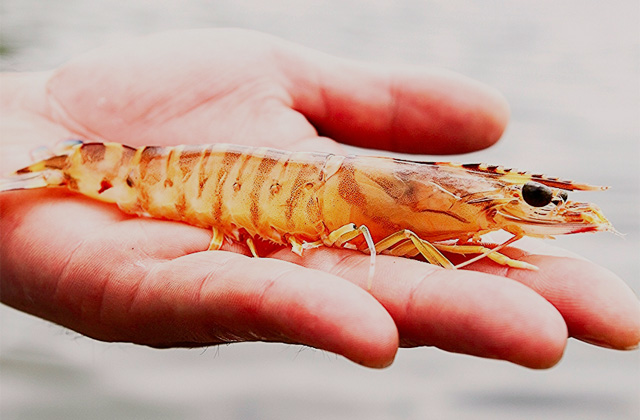 Shrimp and its disease resistance to pathogens are primarily based on the immune system. However, the immune system in shrimp in particular and crustaceans are generally not as developed as fish and other vertebrates because they lack membrane-capable cells, do not produce immunoglobins, In response to foreign intrusive antigens. Shrimp can contract diseases caused by viruses, bacteria, fungi. The mechanism of disease resistance in shrimp and crustaceans depends mainly on the natural defense mechanism (also known as the innate defense mechanism, the non-specific mechanism of resistance).

1. The natural disease resistance mechanism of shrimps
Shrimp has two natural disease-fighting mechanisms:
Cellular Immune Mechanisms are activities carried out by blood cells: phagocytes, envelopes, germs, tumors that enclose foreign objects and then destroy them through the system. Activation of prophenoloxidase.

2. Function of the immune system in shrimp
– First protection ring: The chitin shell has antibacterial substances on the surface.

– The shrimp immune activity:
+ Shrimps have open circulatory system, circulating blood through blood vessels to tissues. Hematopoietic formation of adult cells of the natural immune system. Blood-forming tissues of black tiger shrimp and other penaeid shrimp are located in different regions of the stomach, jaw and mouth.

He was the tom

+ Hemolymph of shrimp with molecules with immune activity are blood cells (hemocyte) and lectin molecules. Shrimp has three types of blood cells: monocytes (seedless), seminal and granular, each of which has different roles and functions for shrimp immunogenicity.

Phagocytes are a cellular immune mechanism in shrimp, which is the digestion and destruction of pathogenic microbes (viruses, bacteria, fungi, etc.), invasive alien cells and Old cells by new cells. Phagocytes can occur in the affected area, in the tissues and organs of the circulatory system and also in the fluid. Phagocytosis also produces free radicals.

Free ionic radicals can directly destroy invading microorganisms; however, free ionic radicals do not distinguish between host cells and microorganisms, which can damage an organism. word. Under normal conditions, the destruction of free ions takes place through oxidation molecules such as ascorbic acid, unsaturated fatty acids, and oxidized emulsifiers.

– The white blood cells of the shrimp can be stimulated by β-1,3-glucans, peptidoglycans and lipo-polysaccharides to make the secretion of enzymes, clotting agents, Involves the prophenoloxidase enzyme, proteinase inhibitors and antimicrobial agents such as penaeidin, lectin.

Lectin is a glycoprotein or protein that has one or more functional areas that are capable of binding to the carbohydrate portion of other elements. Lectin links the stranger’s blood to the shrimp’s blood cells, activating them to increase phagocytic activity and antibacterial activity. Bacteria, viruses, toxins can also have surface lectin, which uses this surface lectin to integrate into shrimp cells that initiate the infection.

– Antimicrobial peptides are proteins with low molecular weights that affect the cell membrane of bacteria, fungi, parasites, and viral envelopes.

– The process of oxidation of phenol to quinones by the prophenoloxidase enzyme, which destroys the pathogen and produces dark brown melanin with antibacterial properties surrounding the infiltrating agent, preventing the outbreak of the disease on the host, reproducing it. New chitin shell, forming the lymph nodes in the hepatopancreas and shrimp.

– Shrimp clotting is used to prevent blood loss due to chitin lesions and to neutralize pathogens. In crustaceans, the clotting process is controlled by coagulation proteins formed in plasma with the effect of blood cells. Cellular coagulation proteins can be activated by lipo-polysaccharides or β-1,3-glucan and are implicated in the activation system of prophenoloxidase.

Shrimp and crustaceans have been identified as having an immune response to viral agents but no antibody-producing cells and no specific defense against novel agents.