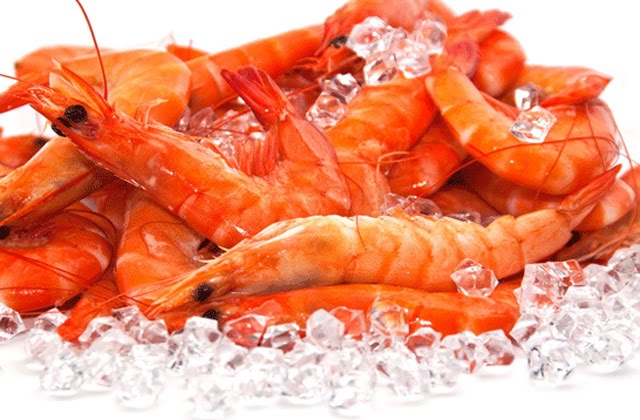 One of the functions of carotenoid pigments in aquatic animal feeds is to color the animal. The carotenoid present in meat and shrimp shells is Astaxanthin.

1. Features
Astaxanthin (C40H52O4) is a red, fat soluble carotenoid. A group of pigments that are present in some algae, yeasts and fish (shrimp, salmon), giving yellow, orange or red muscle, skin, and eggs. An antioxidant that prevents the formation of hydrogen atoms from unsaturated fatty acids.
To produce astaxanthin, it can be obtained from natural or synthetic sources. Astaxanthin, however, is predominantly produced by the Haematococcus pluvialis microalgae. Researchers have shown that astaxanthin is not a hormone, so it does not harm the reproductive capacity of fish and shrimp, and it is a safe substance. Food side. In 1984, Astaxanthin appeared on the market and gradually replaced Cantaxathin.

– For shrimps reared for export such as shrimp and tiger shrimp as they are today, their market value depends on body color; shrimp can not synthesize astaxanthin by themselves; Therefore, in the process of raising, a small amount of Astaxanthin should be added to the food, to create the color preferred by consumers.

– Astaxanthin deficiency in the diet of black tiger shrimp is considered the cause of “blue syndrome”. Shrimp disease, when cooked will have a pale yellow color without natural bright red. One study showed that when supplemented with 50 ppm astaxanthin for shrimp with “blue syndrome” after 4 weeks, shrimp returned to their normal color. When the tissue analysis from the test groups confirmed that with the diseased shrimp supplemented with astaxanthin, the carotenoid content increased by 318%; The remaining group did not supplement with astaxanthin, only market food, the Carotenoid increase only 14% and still “blue”.

– The required pigment content may be directly related to the similarity of the carotenoid. Therefore, both astaxanthin and beta-carotene are proposed to be included in the diet of cut-back parents. Because parental cuttings affect most biochemical reactions related to the metabolism of carotenoids and may block the biological activity of retinoids (derivatives of vitamin A), retinoids are thought to be To activate the hormonal mechanism required for embryonic maturation.

Astaxanthin is a powerful antioxidant, which helps to protect the nutrient reserves of broodstock and to develop embryos from oxidation. It also plays a role in activities such as pigmented storage of embryos and larvae for the development of pigmented cells, eye spots and is a precursor of Vitamin A. Astaxanthin also promotes the reproduction of shrimp , Increase stress tolerance, increase immunity.

– For intensive shrimp to achieve good coloring, 50 ppm Astaxanthin should be added to shrimp feed during the culture period.